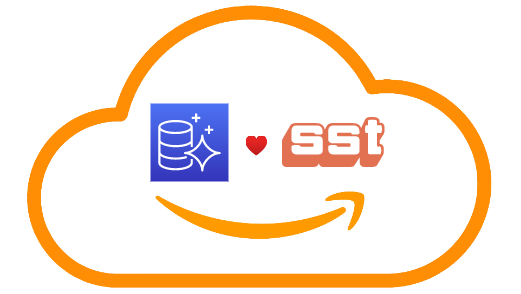 AWS has finally released the long-overdue Aurora Serverless v2! The latest and greatest on-demand relational database to rule them all. This database is a great match for highly unpredictable workloads that require a rapid ramp-up & down. There are two main reasons why I’ve decided to use Aurora Serverless v2, the first being that it can scale. The peace of mind that comes with knowing that it can handle anything you throw at it deserves its own article. In our case, being in a start-up where you are expected to deliver enterprise-grade quality to effectively compete with corporates that have much more workforce and resources to burn, Aurora Serverless v2 truly comes at the right time. A second pro that’s directly influenced by the enhanced scaling capabilities is a much more fine-grained expenditure. Additionally, compared to Aurora v1, v2 can scale alongside running SQL statements, which is quite useful during spontaneous continuous workloads.

To complement Aurora v2’s highly scalable and continuous availability, we’re using a somewhat underrated framework namely, The Serverless Stack Framework. It’s built upon the CDK and one of the core strengths of this framework is allowing developers to hot-reload during development. The underlying mechanics of this framework is explained in more detail later in this article but to make SST play nicely with Aurora Serverless v2, you will need to deploy some additional infrastructure to have it working properly (and securely) with resources that are hosted within a private VPC.

Create a New Project With SST

Select a template (I picked JavaScript starter) and install the dependencies.

Open the sst.json file located in the root of your project folder, modify the region (if necessary), and deploy your application.

Set the stage to dev, select a profile, or set AWS_PROFILE, and that's it!

In addition to deploying the starter application (as defined in the MyStack.js), SST will also deploy a stub Lambda and a WebSocket API. This Lambda function relays events from the cloud to your local environment through a WebSocket API. The blue and green paths in the diagram display the flow of this development cycle.

After deployment finishes you should see the following prompt on your terminal.

This means everything has been successfully deployed and SST is listening for incoming requests from your stub.

In the AWS console, navigate to the freshly deployed API and invoke it, you should see the following message in your browser.

Open up your terminal and you should see the following incoming message.

The log shown on your terminal is generated from invoking your Lambda locally with an event that originated from the stub.

Congratulations! The easy part is done, it’s time to set up our VPC with Aurora Serverless v2.

We’re setting up a VPC with a minimum of two private subnets, both in different availability zones. Deploying your RDS instance in private subnets is the bare minimum you should do to keep your database safe.

Create and attach 2 private subnets to the VPC, both subnets need to be in different availability zones.

Engine type: Amazon Aurora
Edition: I’m using MySQL but you can use whatever you want.
Replication: I chose a Single-master setup since there isn’t a strong need for a continuous write in my use case.
Engine version: At the time of writing, Aurora MySQL 3.02.0 (compatible with MySQL 8.0.23) is the only version that can be used for Serverless Aurora v2 with MySQL.

Name your DB cluster, choose/generate your DB credentials and store them in AWS Secrets Manager (needed for RDS proxy).

At the time of writing 0.5 is the minimum capacity you need to configure for Serverless V2.

Determine the required capacity range for your application, for my use case, I do not expect a lot of spontaneous incoming traffic, so I will therefore be going with the lowest ACU capacity. This means that Aurora will scale down to 0.5 units and scale up to a maximum of 16 ACU, which is completely fine given the rapid scaling capabilities of Aurora v2.

In general, it’s recommended to have a multi-A-Z setup in place for production in the unlikely event of an outage or failure of an availability zone but I would not use this feature for general development as this will incur a higher monthly cost.

You can leave the default config for the most part but I’d highly recommend enabling Audit/Error/General and slow query logs.

We need to update the Security Group to allow Lambda to communicate with the instance. Add an inbound rule as shown below.

Why use an RDS proxy

Given AWS Lambda's stateless & ephemeral nature, it’s a best practice to let the RDS proxy manage your database connecting pooling. We don’t want to manage that in our Lambda functions if we don’t have to.

One of the best ways to securely communicate with the private hosted resources within your VPC is to set up a Client VPN Endpoint.

Create The Certificates For Mutual Authentication

For the sake of this article, I will be using a certificate-based, mutual authentication method. This is fairly easy to set up but can be cumbersome if you have a lot of users you want to manage.

Before we create the VPN, we need to create the certificates and store them in ACM. → https://docs.aws.amazon.com/vpn/latest/clientvpn-admin/client-authentication.html#mutual

This cannot overlap with the IP range set for the VPC.

It’s recommended to log the connection details of clients, but you don’t have to, the log shows ingress and egress, client IP, and device IP, quite useful but not mandatory.

Create a log group and attach it to the VPN.

The client and server certificates should’ve been created in the previous section and uploaded to ACM. Check on the mutual authentication option and select the server and client certificates from the drop-down.

Transport Protocol: Select UDP
Enable Split tunnelling (to not allow all traffic to go over the VPN).

That’s it! Create the VPN endpoint. After creation, it will have the pending association status but should change to available fairly quickly.

Since we’re using mutual authentication we can only allow access to all users.

Define the CIDR range that can be accessed by clients connecting through this VPN.

Setting Up Your Profile

Download the client the configuration file from the console and store them somewhere safe.

Open the config file in your editor and add the cert and key (below the certificate right after </ca> tag) to the file.

Save and add the profile to the VPN client and connect!

The first phase has been completed and you should be able to connect to your database using a database client.

Allow Outbound Traffic From Resources Within The VPC

By default, the stub is not deployed in your VPC. We need to configure it such that it can access the database and push an event to the WebSocket from within your private subnet.

Create and attach an internet gateway to your VPC.

Create a custom route table for your public subnet with a route to the internet gateway.

Update the route table of your private VPC subnet to point internet traffic to your NAT gateway (needs to be in the same availability zone as the NAT gateway).

We’re pretty much done and the only thing left is to configure a couple of resources before we’re ready.

We need to create a Security Group with a single rule, allowing all traffic.

Attach the previously created VPC and Security Group, and add only one of the private subnets (as we only have one NAT gateway).

Update the Security Group that is attached to Aurora & the RDS proxy with the following two inbound rules, to allow Lambda and connected VPN clients to communicate with the database instance.

Install And Deploy The Latest Changes

Invoke your API once more and watch the magic.

This article is written by Michael Fahim, our CIO. Follow him on Medium to stay updated on more content.