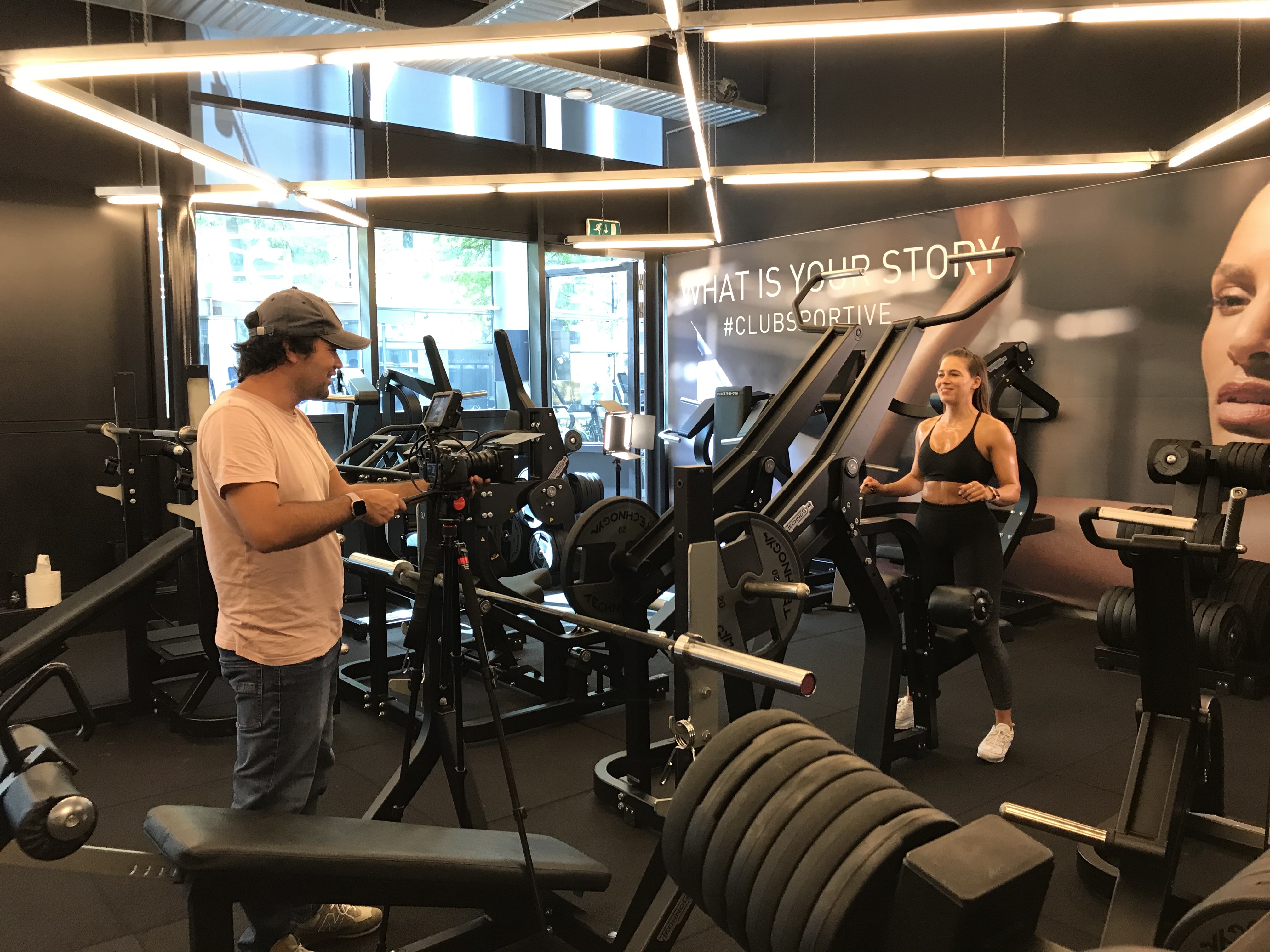 Coming soon we’ll be releasing a range of cool product, user and testimonial videos. These last three days we have fully focused on preparing, devising and filming. We can proudly tell you that the videos are going to be awesome!

To be honest, it takes quite a bit of work to make a good video. But once it’s finished, this will win people over. Watch these images to get a sense of how our videos will look like.

In recent years we have taken our idea to gyms, industry experts and potential users and for them we have sketched a certain picture of our idea. As founder and inventor of a product, you are in the middle of the matter, and that picture is of course crystal clear. But this is not the case for everyone. Despite the fact that you get a lot done with enthusiasm, it remains difficult to convince everyone with just words. We noticed, after the first video we shot last year, that a good video makes all the difference. People see the moving images of the product functioning in a certain way and understand it immediately. That's the power of a good video: it makes your life so much easier!

We have developed hardware and an app and people want to see how they work. Many small companies start with an animated video, in which the product’s functioning is explained.But our experience with animation is that people do see through it. So a tip from us: if you can make a video from images with your real product, do it as soon as possible! It really doesn't matter if your prototype isn't fully functioning yet. The video is the foundation on which you can build your story, everything you tell afterwards what the product will do they will believe! Potential users just want to see with their own eyes that if you click on A, B happens. In this way, you’ll also be able to persuade the doubters. Such a video does not have to cost much, what we did is we went looking for a student who was handy with filming and for a five hundred euros we had an awesome movie!

Anyway, back to filming this week. Our video from last year was outdated and so we had to have new ones. Instead of a video, we now want a whole range of videos that showcase every aspect of our product. Our product has evolved from a concept into a prototype sensor that we are proud of with an app that works very well and that has already passed hundreds of test sessions. With this new phase comes new well-directed videos. So after many moments of preparation, one day of scoping and two days of filming, this phase of the videos is done. Next all images will be edited and very soon we’ll release the first videos.